The USA Adventure Begins
A big change has come across at Team Orange. We've moved to Salt Lake City in sunny Utah! It's been a big process and quite difficult. Perhaps the hardest part was leaving the e12 in Dad's shed. While I thought it would just sit there under the car cover, Dad has had her out twice to Wakefield Park. Couple of good runs although the first was wet and rainy. Second time out showed some big improvements and the times are getting competitive.
No opportunity to invest in a new e12 in the US of A yet. There are a couple for sale in California, but they are both too far away and too automatic. I'm waiting for that pristine 528i 5 speed to appear before I jump in. Oh yeah, it would be nice if they have already done a euro bumper conversion too! 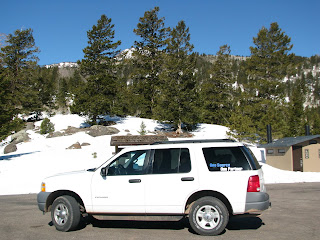 Team Orange transport consists of the work Ford Explorer at the moment although Belinda has gotten into a nice little Mazda MX5. She's a great little goer (the MX5 that is) and I can't wait for summer to get the top down and hit some of those winding canyon roads. 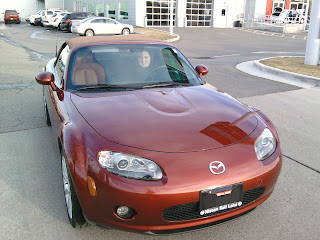