Although we're hardly short of transport, we added another new member to the team. After a huge day of test-driving e46 325xi's, we found the only 330xi in the Salt Lake area. It was a good 40 minutes drive away, but he was the one we'd been looking for. We got a 2003 with 88,000 miles on the clock. He's got the usual stone chips and scratches for the age, but is solid underneath. It is going to be a huge difference compared to driving the Mustang! 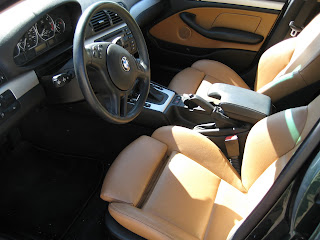 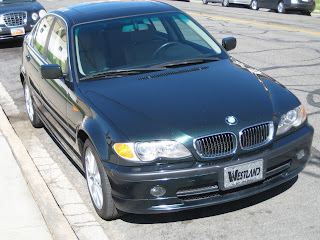 Posted by Pete Kilner at 3:06 pm No comments:

Dad Fires at the Creek

The e12 made a fabulous re-appearance at Eastern Creek on Saturday with Dad taking the old girl out for a run at round 4 of the BMWDCNSW Supersprint championship. Although he started the day pretty conservatively, the times tumbled in the afternoon. With a best time of 2:08 only a few seconds off the e12's record at Eastern Creek, it was a fine show of form from both car and driver. 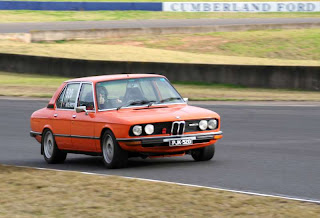 The end result was a third in class which puts Dad within 2 points of the Class B championship lead. With two rounds left and his times coming down rapidly at each event, chances of a strong podium or a win look very good.

Dad's son-in-law (otherwise known as Hak) kindly volunteered to flag marshall to meet Dad's commitment to the volunteer. He also managed to sneak in the photos and some cool videos. There's a top one at the link below
EasternCreek7August2010013.mp4
What a noise this thing makes!
Posted by Pete Kilner at 10:14 am 6 comments:

I managed to get the door trim and the arm rest on to the passenger side door. It was an absolute bugger of a job as one screw hole in the arm rest didn't line up with the actual foam of the arm rest. The screw kept going out of alignment. Bit of work with the round file and some oversize washers saw it get attached eventually. 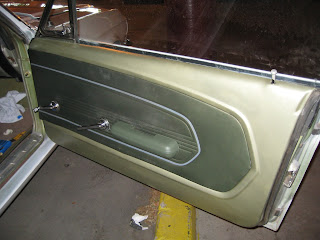 Also got a couple of coats of varnish on to the new steering wheel. It is going to be way nicer than the crappy old split one and safer as it won't have the loose cover on it. 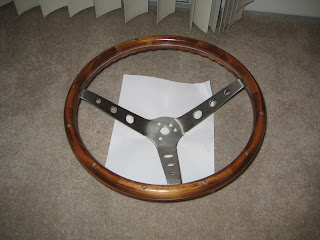 Starting to Shine
I managed to get a straight day at working on the interior of the Mustang. I had to go and work in the car park at work as I was sanding and painting. It was bloody hot, but at least I had good light and no other cars to worry about. 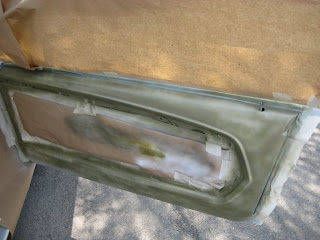 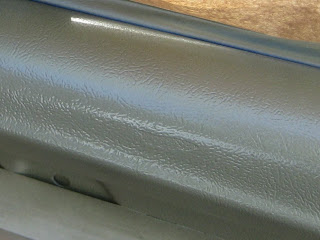 I finished off the passenger door and got some undercoat on that pretty easily. I ran into a bit of a problem with the top coat. I think I tried to go too thick too early. That left a big run which I'll have to get back to and touch up later. The driver's door went much easier. I went a lot lighter with the top coats and ended up with about light coats and nice finish, 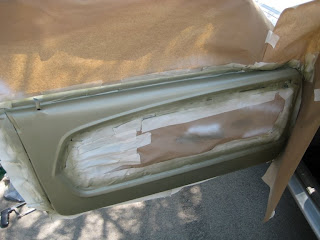 While I was painting, I hit the rear side trims with some new paint and got them back in. It made a great difference. I also threw some paint on the rear parcel shelf which made things match up a bit. All up, the effect was really good. Just have to get the door trims back on to finish up that part of the car. 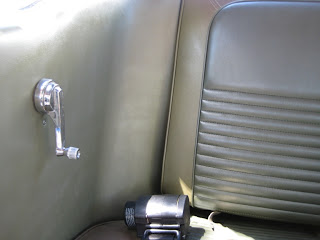 Finally, I got the driver's harness in as well. Some tweaks to the mounting design made a huge difference and I managed to get it installed with a minimum of swearing. 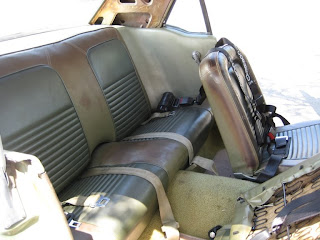 I was absolutely wrecked at the end of the day. It was 34 degrees and I was feeling light headed from dehydration on the way home. Not a good option driving a Mustang that likes to bump steer itself around its lane on the freeway!
Posted by Pete Kilner at 3:22 pm 1 comment: