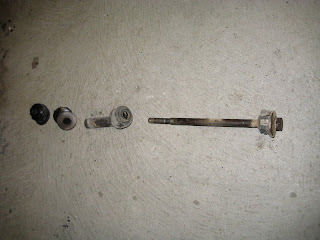 It's been small steps since the Mustang returned from its 2000 mile road trip. We still have a fairly firm pull to the right when you first go for the brakes which is rather disconcerting. We decided to buy in some new bushes and change the front brake drums. 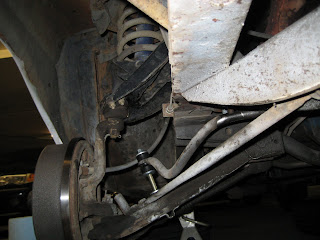 It turned out the drums were chipped and worn, although the chipping shouldn't have made any difference as it was only the outside, sealing edge. I was planning on painting the drums to keep the rust away, but the spray can was missing the nozzle and I didn't have the motivation to go back and complain as we'd already been 3 times in 2 days! 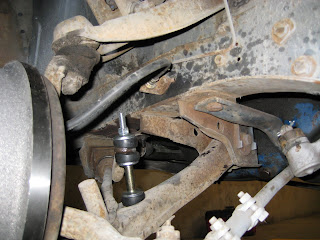 We got on to the sway bar and straight away, we could see the main bushes were the wrong diameter. Back to O'Reillys but the proper ones had to be ordered. We'll get them on Tuesday. We put the old bush back in and changed the sway bar end links and bushes. The old ones were completely stuffed and the new ones certainly look better. 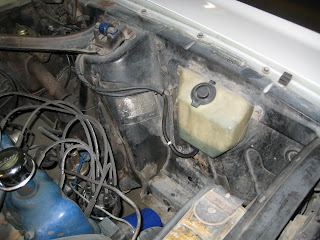 While we've been on the job, we changed the radio aerial for one that hadn't been snapped off, installed a battery clamp so the battery wouldn't rattle around and Dad fixed the hoses on the windscreen washer bottle so he could get some water on the screen. The washers now work so well you can clean the screen on the car behind if you want! 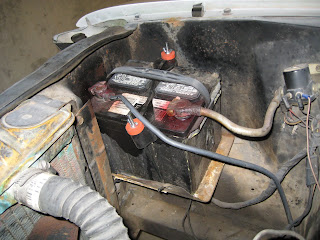 I also had some time to get some photos of the new head liner. It's all in and I added the new interior light to finish it off. Dad is going to get a new dash, so we didn't put the A pillar liners on as we'd just have to take them off again. 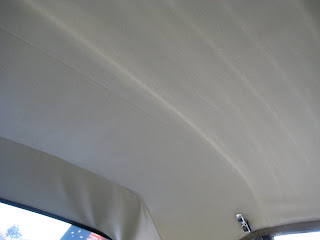